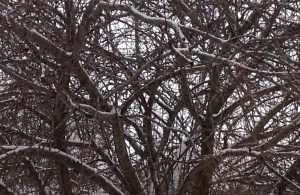 The year is winding down, so I thought it would be fun to post a few highlights of 2018. Some I’ve written about, and some I’ve let pass without posting on the blog until now.

Kim and I have reached that big milestone of graduating our son, Aidan from high school at the Mississippi School for Math and Sciences, where he got one of the top educations in the country, and sending him off to Williams College for more of the same. He’s had a great first semester, becoming involved in campus life, making great friends, performing with the Berkshire Symphony, and even keeping up his grades. We’re very proud of him in so many ways.

Between his high school and college, we had a chance to take a family trip (with W honors students) to Peru. The picture is by the floating islands of Lake Titicaca. We also spent time in Lima, Cuzco, and Machu Picchu and the Sacred Valley. Thanks to our friends at Perú Vivo for being our guides and taking us to two villages on Lake Titicaca and to the people we met there who were so welcoming!

Back stateside, our travels have taken us to see family in Alabama and Iowa, including a chance to meet my mother’s newest great-grandchild, Ira Hillman. We’ve also been to Williams twice: once to move Aidan in, and once for Family Days.

The biggest milestone this year for me has been finishing my fourth collection of poems. “Finishing” may need to be in quotes, as I keep tinkering with it, but I’ve been sending it out to publishers and had a copy printed for my mother. By finished, I mean that I have enough poems for a collection, and they work together well as a book, even though I’ve done dome rearranging and even added a poem or two since I printed the manuscript. Maybe next year, I’ll be able to announce a publisher, but don’t hold your breath—it can be a long process!

I’ve also published poems in Haiku Page, Asahi Haikuist Network, Tar Rive Poetry, and Ekphrastic Review. Naturally, many other publications have sent poems back to me, and I’m nearly as proud of the places I’ve submitted that didn’t accept my work as those that did. As I tell my students, you have to keep at it until the right poem reaches the right reader at the right time. There are so many variables and so much competition for space in journals that “rejection” (a word I prefer not to use) can’t be taken personally. I’ve had some good comments come back on my poems recently, even when they haven’t been selected, and that keeps you going.

The biggest change in my teaching career this year had been moving into a more administrative role. For the past 3 years, I’ve been directing our low-residency MFA program in creative writing. This year, I added department chair to my titles. I’ve taken on the role of chair for the Department of Languages, Literature, and Philosophy, scheduling classes and managing the budget for our English, Spanish, Women’s Studies majors and Philosophy and Religious Studies minors. It also involves more committee meetings and mentoring more faculty. In the transition to this new role, we were also given permission to hire two new tenure-track faculty who will teach in both our MFA and undergraduate English programs. We’ve also started a search for a new Spanish professor, and I hired adjuncts in Latin and English and worked with dual-enrollment instructors in English and Spanish at three high schools. As a result of these changes in duties, I’ve passed the main responsibilities for Ponder Review on to my new colleague Brandy Wilson and for The Dilettanti on to Kris Lee, and I’m trying to cut back some on my advising and other duties wherever I can.

I was also happy to teach a couple of new graduate courses this year. In the spring, I developed the Translation Workshop, which was a lot of fun. We read some translations together and read essays on translation theory and practice. Students translated from German, Polish, Latin, and Spanish. This fall, I taught a new course on Feminist Poetry, starting with H.D. and Muriel Rukeyser (among other Modernist feminists) and covering second-wave and third-wave feminist poets. Response from students on both of these classes was good, and I hope to be able to teach them again soon.

I also led another successful Eudora Welty Writers’ Symposium and Short Residency classs for our MFA program. This was the symposium’s 30th year and my 25th (as participant; 11th as director). It was great to bring Steve Yarbrough to campus again after several years and to work with many new and returning writers. Discussing their works with our students in the days leading up to the symposium adds a lot to the experience. Making connections with Southern writers and introducing our students to them is one way I combine the two sides of my professional life — teaching and writing.

2018 has been a great year in every way, and I’m looking forward to how all the things that have gotten started this year will play out in 2019.

I am a poet, translator, and professor of literature and creative writing at Mississippi University for Women, where I direct the Low-Res MFA in Creative Writing, the undergraduate concentration in creative writing, and the Eudora Welty Writers' Symposium. I have published three books of poetry, Barrier Island Suite, Time Capsules, and Landscapes and Architectures, as well as a collection of translations of the Belgian poet Paul Snoek, Hercules, Richelieu, and Nostradamus. I live in Columbus with my wife, Kim Whitehead; son, Aidan; and dog, Aleida. View more posts